1 – My relationship with my mum has improved significantly this year.  Covid prevented me physically being with Mum for most of the year and as she has no computer, tablet, smartphone or wi-fi (and she has no inclination to get any of these), video chats were not an option.  She is 83 and I was so worried what the enforced isolation would do to her mental health.  I was right to be worried as her dementia has got much worse this year.  I always used to phone my mum once or twice a week, but at the start of the first lockdown I decided to phone her every day and its something I have kept up.  I had always been close to Mum, but she has struggled with my gender transition and it definitely put some distance between us – especially after her brutal rejection of me, the first time she saw me as Katie.  However, my daily phone calls to her have improved our relationship enormously and we are now closer than ever.

2 – The lack of demand for my photography and video services caused by the pandemic has meant that it has given me more time to devote to my social media activities with Cool2BTrans and I managed to increase my reach substantially.  The highlight of this social media activity was my open letter to JK Rowling which was viewed by over 50,000 people on my Cool2BTrans Facebook page alone and it had over 23,000 interactions.  It also trended for 5 days on Upworthy which has 11.5 million followers just on its Facebook page.  This extra time allowed me to produce my Cool People series too, which I absolutely love and which seems to be going down well.  I have spoken to so many inspirational people who have told me their incredible personal stories.  I would never have started this series without the time that lockdown has given me.  Also, I seem to be in demand as a podcast guest these days, which is an indulgent joy for someone who loves talking!

3 – While my public speaking and trans awareness training gigs were all cancelled initially, I have since done lots of them virtually.  Of course, I can’t wait to get back to standing in front of an audience in the same room as me, virtual speaking and training has allowed me to reach a much wider geographical audience.  I have spoken at many conferences and Prides and I have provided training for organisations such as Virgin Media, Ofcom, Aviva, the NHS and many others.  This resulted in my receiving many flattering comments such as “it was the most interesting webinar so far and definitely the funniest.”, “It was a masterclass in storytelling!” and “She’s one of the most articulate and entertaining people I have seen in this format.”

4 – I made a new (and fabulous) friend in Bobbi Pickard who invited me to join her Trans Rights are Human Rights campaign with Trans in the City.  Trans rights were under severe threat of being rolled back this year, but with the support we managed to get from some huge organisations, enough pressure was put on the Government to back down.  While the Gender Recognition Act 2004 wasn’t reformed significantly, at least our rights which were under threat have been protected for now.  I have really enjoyed working with Bobbi and all my other friends at Trans in the City and it’s something I plan to continue.  They are such a great bunch.

5 – I have lived in the same street in a village in Leicestershire for 24 years, but lockdown has brought our community so much closer together.  It started with the Thursday evening clap for carers and the NHS.  Two of the street residents are brass players and they would always treat us all to some musical entertainment too.  I looked forward to those evenings and my neighbours would stay out after the clapping and music had stopped for a socially distanced chat.  We then had a socially distanced street party to commemorate the 75th anniversary of VE day.  It reminded me so much of the Queen’s silver jubilee street party I enjoyed as a child.  Yes, I am vey old!  On Christmas eve we all sang carols together in the street – at a safe distance of course.  While I’m not religious, it felt so uplifting to have a good sing and to feel the warmth of such great community spirit, despite the freezing temperature outside that night.

6 – My divorce was finalised in July.  While the finality of it was sad, it marked the end of all the bitterness, disagreements and worry that inevitably comes with divorce, so it’s a good thing, as it enabled me to put all of that behind me and to move on with the rest of my life.

7 – This year has taught me how to appreciate the small things in life.  Nature doesn’t know about the pandemic as it’s been happily doing it’s thing despite us humans worrying ourselves silly and being forced to live our lives very differently to how we have been used to.  It’s been a pleasure to go for a walk or a bike ride in the countryside and to simply notice the wind rustling leaves on trees, to admire the power of enormous cumulus clouds building, to be entertained by shafts of sunlight dancing through the branches of trees, to be entertained by quirky jerky movements of busy squirrels storing their winter food, or to just smell the freshness of air after it has been raining.  Beauty is all around us and most of the time we are too busy to notice it.

There have been many other positive things that have happened this year, so although it has been a really tough year, it hasn’t been all bad.  I have been particularly inspired by the heroic efforts not only of people such as Captain Sir Tom walking with his walking frame to raise millions for the NHS, but also of plucky young people such as 7 year old Charlie Slack who ran a mile very day in all weathers from lockdown in March until Christmas eve to raise over £5,000 for charity.  Absolutely brilliant!

So what beautiful things have happened to you this year?

Katie Neeveshttps://cool2btrans.co.uk
I am a woman on a mission! But not just any woman and not just any mission… Being an openly transgender woman and a trans ambassador, I am on a mission to not only show that it’s OK to be trans, but it’s actually cool to be trans too!
Previous Post
Welcome to my crazy World…
Next Post
3 years since admitting to myself that I am trans

My first prescription in my new name!

I have just collected the first prescription in my new name as I have a new medical record.  I am now officially recognised by… 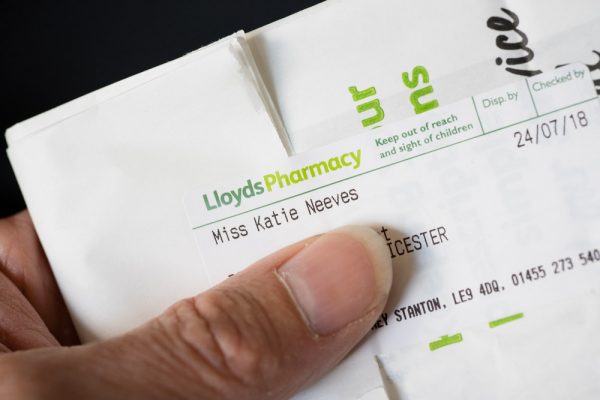 How I Discovered my Gender Identity

Here’s a video I made to tell you about the journey I have been on to discover my true gender identity.  I may look… 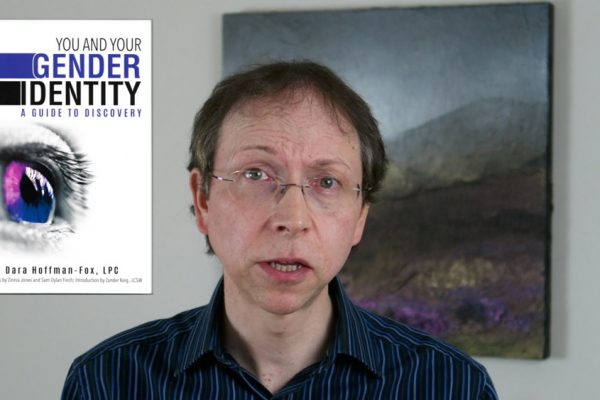