I attended the most incredible protest today – Trans Pride Brighton. Most Prides have turned into more of a celebration these days, as LGB people have become widely accepted and gained so many rights over the last fifty years since the first Pride march in London, which was very definitely a protest. However, trans people’s rights are under threat now more than ever, so this Pride was very definitely a protest. There was a huge turnout, but I was pleased there was no trouble at all as it was very good-natured.

I proudly marched wearing the T-shirt I designed saying “Being trans is not a debate. It’s my identity!” and waving my trans flag up high above my head, although when my arms got a bit tired, it did drop down onto the heads of the people in front of us. I even managed to trans-flag-annoint two Police officers! It wasn’t deliberate – honest guv! 😉

At one point, I felt it was all a bit too quiet, so I decided to prove why I am known as “The Gobby Trans Woman” and I led a chant of “Trans women ARE women. Trans men ARE Men. Non-binary people ARE valid”. I was delighted when the crowd responded by chanting back what I was shouting. Being the big show-off that I am, I just had to continue whipping up the crowd for the rest of the march, alternating my initial chant with “Trans rights ARE human rights.” Despite all the voice coaching I have had, I know my voice is still fairly deep, even though it has lightened quite a lot from how it used to be. However, when projecting my voice to such a huge crowd of people, I had to put my vocal insecurities to one side and just go for it. I know there was a certain irony about a woman who sounded like a bloke, shouting “Trans women are women”, but I felt I was among friends as I felt free to be just me.

It was a really hot day and the walk was a long one through the town and along the seafront, but just as my voice was giving out after all the shouting, I bumped into Lucy Clarke of Trans Radio UK, who was doing a live broadcast via her mobile phone. She then thrust her phone in my direction and launched straight into an interview with me. I have to admit, I let the event get to me and I let out a very naughty word, live on air! That’s most unlike me, as I am usually extremely professional when I’m in the media, but I soon recaptured my professionalism and I was able to describe the incredible event that we were in the middle of. One thing that really struck me was just how many drivers of cars who were travelling in the opposite direction to our march, who slowed down and gave us high-fives. It was heartwarming to see, especially as very many of them were young cisgender (non-trans) women.

When we finally reached the park at the end of our protest march, it was then time to party and to catch up with many of my fabulous friends. It was such an incredible atmosphere of accepting everyone for who they are. We were in our own little bubble where no-one was judged for what they looked like or for how they sounded. Life should be like this all the time!

Katie Neeveshttps://cool2btrans.co.uk
I am a woman on a mission! But not just any woman and not just any mission… Being an openly transgender woman and a trans ambassador, I am on a mission to not only show that it’s OK to be trans, but it’s actually cool to be trans too!
Previous Post
Changing a Life, a Standing Ovation & a Protest
Next Post
Trans and Cis Women Unite!

My portrait is hanging in an art gallery!

I have just returned from the most amazing weekend in Belfast after seeing my portrait hanging in an art gallery! My portrait was painted,… 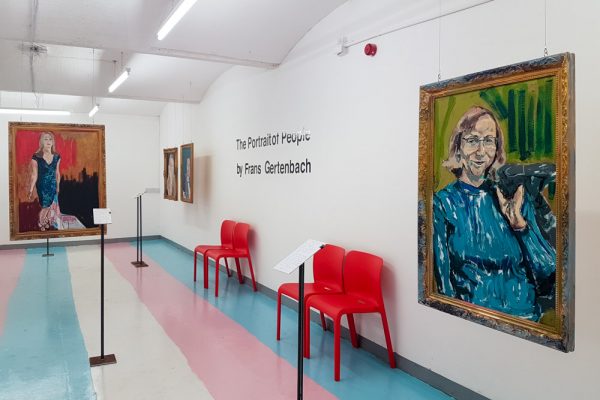 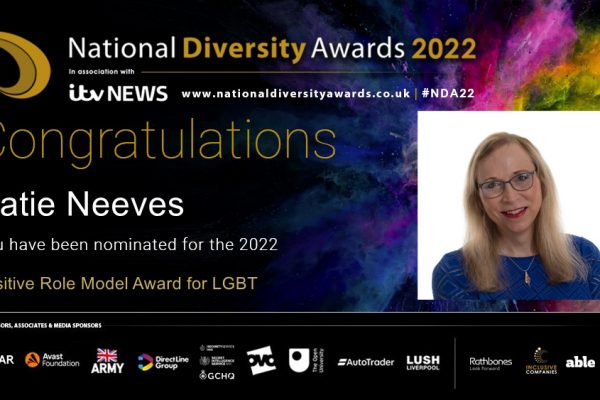