I went up to Sheffield yesterday as my NHS gender clinic invited me up there for a pre-assessment workshop.  It was basically a welcome and information day as a way of pacifying patients who have been on their waiting list for ages.  They started the workshop with some bad news for us all as they told us that the waiting list had gone up so I will now have to wait a few months longer than I was expecting before having our first appointment.  As I was  referred by my GP in February last year, I was hoping to have my first appointment in April or May this year, but it’s not now likely to be  until around September.  I am obviously disappointed.  However, I have been in the fortunate position to pay for private treatment and I have been on HRT for nearly 11 months already, so the delay will not affect my transition as it is already well underway.  It will just mean that I will have to pay for more consultations with my private endocrinologist, which I would rather not do, but it’s not the end of the World.  By the time I get my first appointment, I will have been on HRT for around 17 months and living full time as Katie for over a year.  Even with this extra delay, the Sheffield GIC has the shortest waiting times in the UK as some patients have to wait up to 4 years before they get their first appointment.  In recent years, demand on gender clinics has rocketed, but the supply has not kept up with demand.  If I had not been able to afford private treatment, I would have been climbing the walls as I would have been so desperate to start my transition.  After years of living a lie, when you finally admit to yourself that you are trans, the need to start transition and to live your truth feels so very urgent.  Most of the other patients were absolutely gutted to hear of the extra delay and some got quite angry.  It’s not surprising that many patients resort to dangerous self-medication, self-harm or worse when the waiting times are so cruelly high.  Being trans is not a lifestyle choice and the long waiting times that prevent patients from living their truth for many years only serve to keep the trans suicide rate to tragically high.

Despite the downer at the start of the day, overall, it was a positive day.  They gave us some good information and it was great to meet the other patients and to swap our stories.  We really were a very mixed bunch of people, but we all had one thing in common – that we have all been at the mercy of gender dysphoria and that we have all come to the clinic to do something about it.  Some were right at the start of their journeys and were very nervous.  They were still presenting how they always have as they are not yet confident to be seen in public as their true selves, and others (like me) were much further along our transition journey.  They also had two former patients of the clinic who were brought in as “experts by experience”.  It was great to meet them too as we gained so much by listening to their stories.

The clinic staff were all lovely and I will look forward to seeing more of them when they can start treating me.  I know I still have another 6 months to wait before that happens, but it was good to get a foot in the door as it feels like things are happening – however slowly!

Katie Neeveshttps://cool2btrans.co.uk
I am a woman on a mission! But not just any woman and not just any mission… Being an openly transgender woman and a trans ambassador, I am on a mission to not only show that it’s OK to be trans, but it’s actually cool to be trans too!
Previous Post
BBC Radio Leicester Breakfast Show Interview
Next Post
A little bit of publicity happened today…

I am proud to have been nominated for a Positive Role Model Award (LGBT+ category) in the National Diversity Awards 2020.  The competition is… 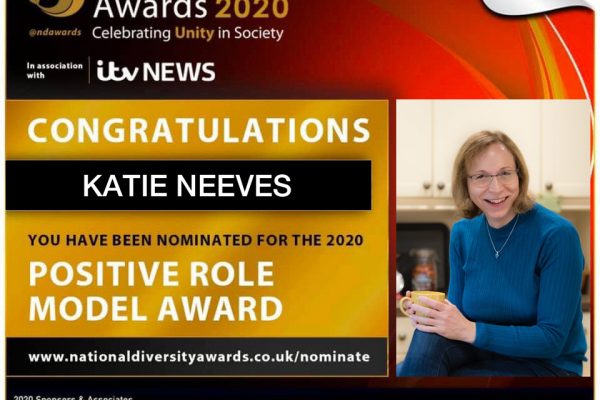 Look who’s in the press again…

Look who’s in the press again… I’m very happy with this article in today’s Hinckley Times. 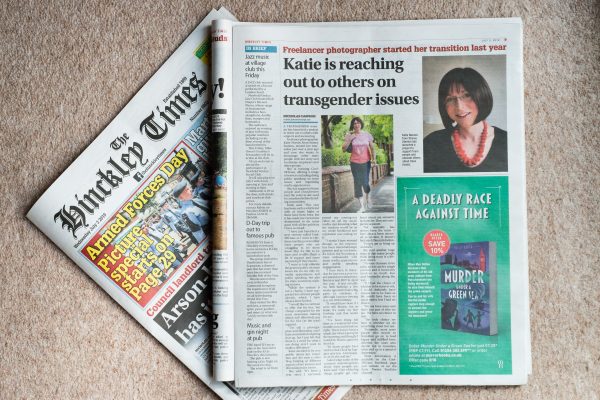