I am writing this letter to say a big thank you to you.  You may think it strange that a gobby trans woman such as me would wish to thank you after all your recent transphobic outpourings, but let me explain…

I certainly don’t thank you for your lengthy essay last month where you describe the abuse you have suffered (for which you have my sympathy) and in which you stated that you do not hate trans people, while at the same time peddling even more anti-trans mis-information.  Sadly, your diatribe directly caused some trans children to self-harm and other to attempt suicide.

I certainly don’t thank you for your latest book in which I am told (as I have no intention of buying a copy) that a central character is a man who dresses up as a woman in order to abuse women.  Apparently, at one point he talks about being “pre-op”, a term that would be used for transgender people, not crossdressers.  Either way, your key message in the story is that crossdressers or trans people are dangerous people, which in reality, couldn’t be further from the truth!  We are not a threat to anyone.  We just want to live our best lives in peace.

What I do thank you for is for the inspiration that you give me, as every time I see a transphobic message from you, it spurs me on with my mission to reach out to other trans people to let them know that it’s OK to be trans and also to educate as many non-trans people as I can to show them that trans people are just ordinary people who want to be safe, loved and happy – just like everyone else.

Happiness and peace can only come from within and I found both 2.5 years ago when I admitted to myself that I am a transgender woman, after living for 48 years as a man and living with gender dysphoria since the age of 3.  I only hope that you may one day find the same inner peace and happiness that I have found by finally being able to live my truth and that you will no longer feel the need to cause harm to a group of people who you clearly do not understand.  Even though there is a small minority of very noisy anti-trans campaigners who feel the same way as you, thankfully, the vast majority of people in the UK are hugely supportive of trans people and for that, I am extremely grateful.

Katie Neeveshttps://cool2btrans.co.uk
I am a woman on a mission! But not just any woman and not just any mission… Being an openly transgender woman and a trans ambassador, I am on a mission to not only show that it’s OK to be trans, but it’s actually cool to be trans too!
Previous Post
Global companies show support for trans people!
Next Post
Relief and Disappointment to Gender Recognition Act Reform Announcement

I was honoured to be invited to speak on an International Women’s Day panel for Virgin Media today, hosted by the lovely TV… 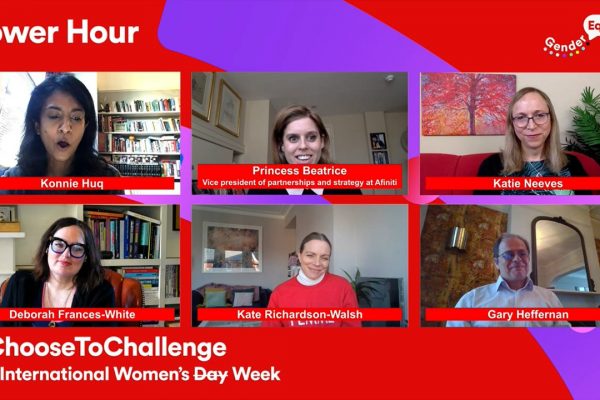 This is the start of a very busy week for me as it’s Transgender Day of Visibility on Wednesday (31st March).  I am fully…